Get rid of your unwanted hair

What is it ?
Skin conditions
Courses
Find a School >>

What is laser hair removal ?

Permanent hair reduction is meticulously chosen to offer unparalleled speed and efficiency of treatment. Two methods with equal results are preferred depending on the clinic visited: laser or pulsed light.

These two technologies are very similar in that they both deliver an intense light to the hair follicle. When this light is absorbed by a living hair, it is then transformed into heat and destroys the hair bulb to prevent it from growing back. This is the basic principle of permanent hair removal! 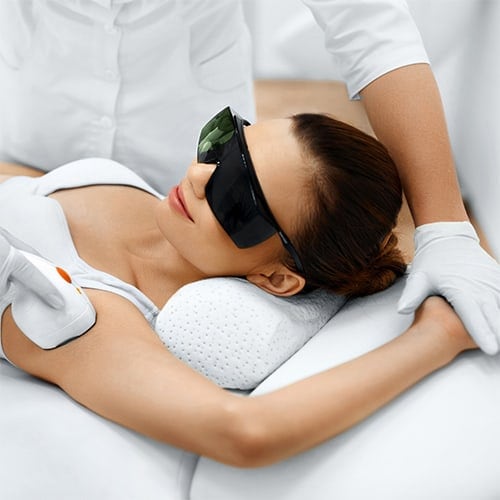 What can laser hair removal treat?

Virtually any area of the body and face with hair can be treated with our permanent hair removal technologies. Among the most common are the armpits, groins, legs (half or full), arms and upper lip. Male clients prefer the chest, back and beard. One or more areas can be treated in a single session.

Who should delay their permanent hair removal session?

Pregnant or breastfeeding women should postpone this type of treatment, as should anyone who has been exposed to the sun in the month before and after each session. Do not tan in a tanning booth, use self-tanning products, take photo-sensitizing medication or wax or tweeze. It should be noted that blond, redheaded or white hair cannot obtain satisfactory results.

Every details of the technology :

Pulsed light has the advantage of being able to reach different depths under the epidermis and this is why it is used in clinics for various purposes depending on the conditions treated (hair removal, acne, rosacea, pigment spots). It is therefore a filter inserted in the platform’s universal applicator, which will influence the wavelength with which the light reaches the different layers of skin and delivers its therapeutic effect. For permanent hair removal, the light energy released by the tip is captured by the melanin that pigments the hair during its growth phase. The light is then converted into heat to eliminate the hair follicle without causing damage to the skin. By using a filter that can reach up to 695 nanometers in depth, the treatment is flawlessly precise and offers long-lasting results. The handpiece also has a built-in skin cooling system that minimizes discomfort during treatment.

The diode laser, on the other hand, produces a pulsed beam of light, which is absorbed by dark spots, i.e., dark hairs. Its powerful and concentrated light targets only the hair follicle – and not the surrounding surfaces – thus attacking the root of the hair directly, during its growth phase.

We chose the latest generation of the Light Sheer Duet laser, recognized worldwide for its effectiveness and speed. It should be noted that the energy intensity of hair removal lasers can cause temporary redness and swelling.

There are several pulsed light devices and hair removal lasers on the market whose performance variates and affects the results. We want to make sure to offer you the most powerful and safe platforms.

You will find various online traning courses at our School of Medical Aesthetics. If you wish to learn how to master laser hair removal techniques as an esthetician, apply to our training courses now. You can follow our formations in one of our schools across Canada.

Apply to our courses >> 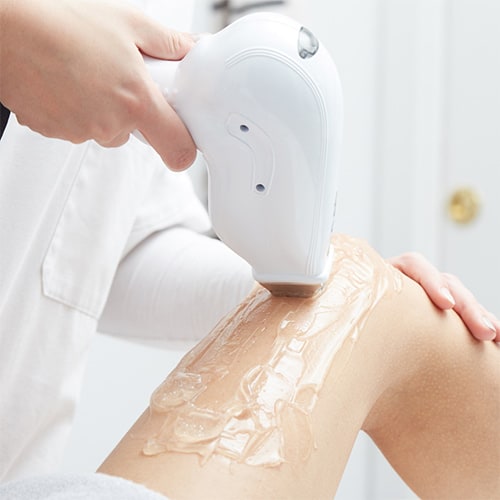 Stay in touch with us !

School of medical aesthetics of canada

Online support from 9AM to 5PM - Monday to Friday only.

How can I help you ?